If you’re in the eastern or midwestern areas affected by the emergence of Brood X cicadas, you are well familiar by now with the low yet powerful background hum and sudden loud croaks of cicadas both high in the treetops and in the surrounding grass and shrubs. Some people (like myself) are a bit inconvenienced by not being able to sit outside on these warm, sunny days without the constant threat of being collided into or crawled on by a large, red-eyed arthropod; however, these clumsy critters do have some pretty amazing singing skills for their size and want to make sure they are heard for their own survival. But how do these cicadas produce that paranormal buzz, why do they do this, and what does it mean for us?

How is the sound produced…and why?

Male cicadas have an organ in their abdomen called a tymbal which includes a pair of small ribbed membranes that they can flex rapidly. This flexing produces multiple clicks when the ribs are bent, and the quick clicks in succession are what causes the buzz or croak. Many of these cicadas flexing together produce the loud hum we hear from morning to evening. The males band together in the trees to attract females and also scare off birds as they sing loudly in unison. Females do not have tymbals so mostly stay silent but can respond to a call by quickly flicking or snapping their wings. 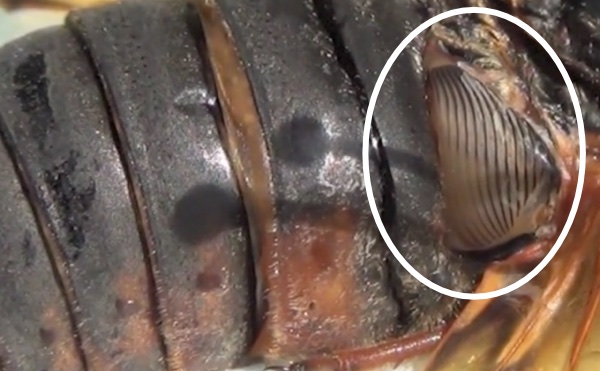 How do cicadas hear each other?

Scientists have been amazed by the cicada, both due to the volume of their songs and by how they hear each other. It seems that the cicada has evolved hearing and can only pick up on the song of their own species.1 This both attracts cicadas to find each other for mating and protects their species from being crossed with other species of cicadas that may emerge during the same time period.

Both male and female cicadas have a pair of membranes called the tympana in their abdomen, which functions as ear drums and are connected to their auditory organ by a short tendon. When a male begins his song, the tendon from the auditory organ to the tympana creases, closing off his ability to hear and protecting his fragile membranes from the loud sound that he can produce.

Although cicadas don’t bite or sting and are pretty much defenseless, their powerful song can be potentially harmful to humans who spend elongated time in wooded areas where many cicadas have congregated. Some cicada songs can reach 100-115 decibels (dB) – similar to the volume of a nearby leaf blower or being in a packed football stadium! Extended or repeated exposure to sounds over 85 dB are harmful to our hearing.

Unlike the cicada, humans can’t naturally close off our ear drums when loud cicada tunes start to play. It’s important to be aware of the effects that our temporary neighbors could have on our fragile hearing. If you’re trying to enjoy an activity outdoors and it seems very loud or you’re having to shout to hear your companion, check the noise levels on your phone with the NIOSH Sound Level Meter App. If the sound is at or above 85 dB, it may be safest to take your activity indoors or pop in a pair of earplugs.

As we await Brood X’s departure and the newest generation of cicadas to go back underground, let’s prepare to enjoy our first days of summer as healthy and aware as possible!