Know Your Limit - Tech Tools to Protect Your Hearing 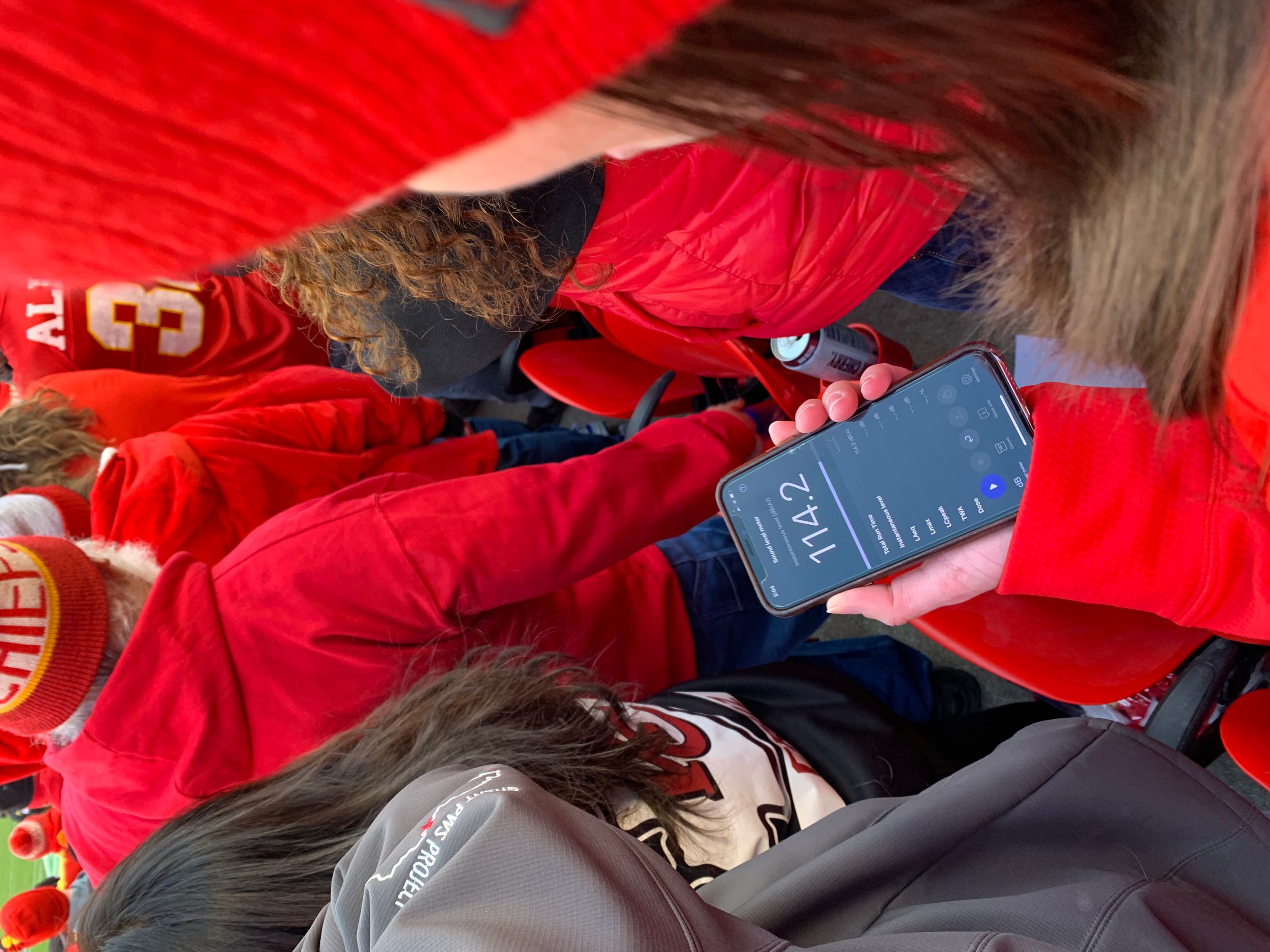 Last week, I wrote about the importance of protecting your hearing when entering loud environments with potentially damaging noise levels. Noise-induced hearing loss is the only completely preventable form of hearing loss, so awareness of volume levels around you can be the first step in prevention.

My husband and I attended the AFC Championship game between the Kansas City Chiefs and the Cincinnati Bengals last weekend at Arrowhead Stadium, a venue known for its crowd noise. Reaching 142.2 decibels at its loudest back in 2014, I knew that an AFC Championship game was a prime environment for damaging sound levels. While the Chiefs’ loss was devastating, I took the opportunity just after kickoff when the crowd (including myself) was roaring to test out the NIOSH sound level app on my smartphone. Using the app is easy, just tap to open it up and it automatically registers the sound level around you.

I checked the app just after kickoff and the crowd rang in at 114.2 decibels. To put that in perspective, 114.2 decibels falls between a jackhammer and an ambulance siren. According to the CDC, at 110 decibels hearing loss is possible in less than two minutes and at 120 decibels, the typical response is pain and ear injury. And that measurement was just upon kickoff, that didn’t account for third down or a score, when the crowd (again, including myself) was absolutely rocking. My lack of a voice for two days following the game is illustrative of the sound levels Arrowhead reached.

I also tested out the NIOSH app in a couple of other environments during our Kansas City weekend. While I was aware of the exceptionally loud sounds at the game, there were other environments where I didn’t realize how loud the surroundings actually were until I quantified it using the app. For example, a live, indoor jazz band on a Saturday night clocked in at 99 decibels on the NIOSH app. That level falls between a motorcycle and a car horn or normal sporting event (not the Chiefs), and hearing loss is possible after 15 to 50 minutes of exposure. 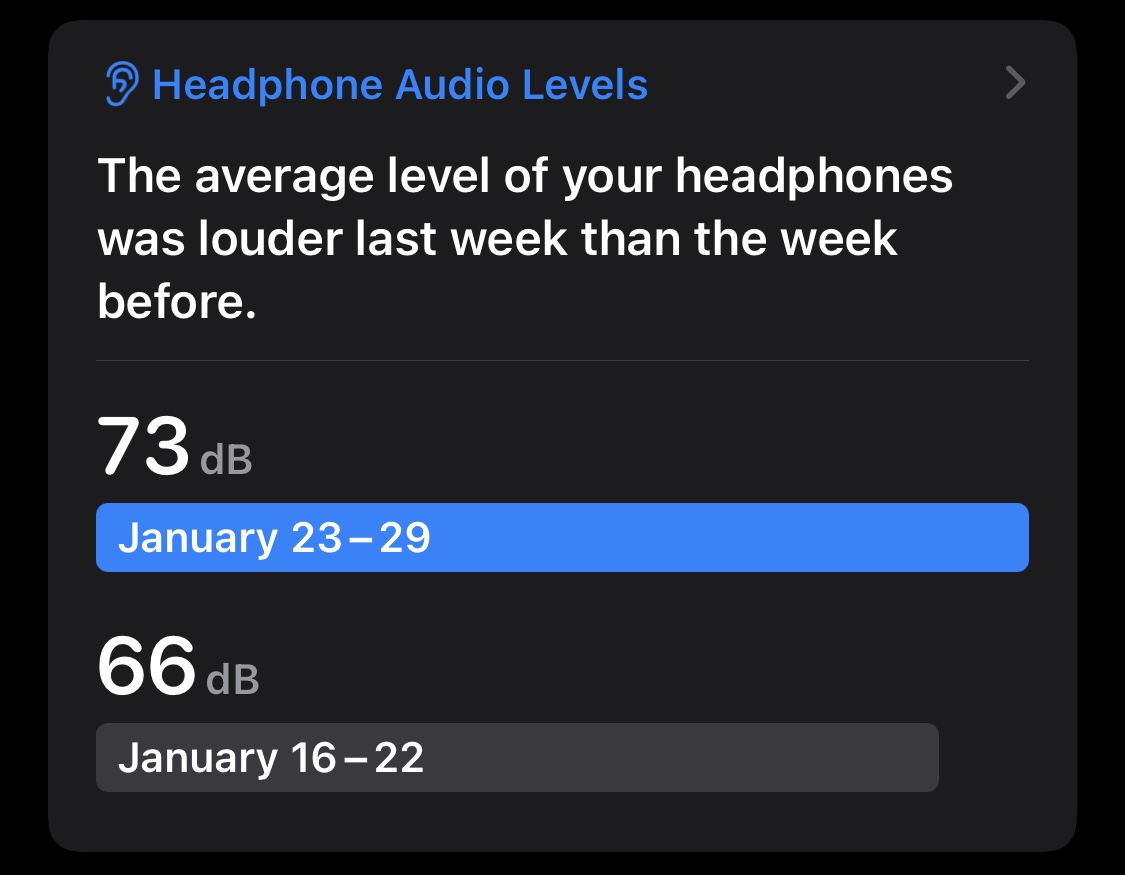 Another way to use your smartphone to limit noise exposure is to track your headphone volume on your health app. For example, my iPhone’s Health app feature tracks my headphone audio levels and gives an average exposure during a given time period, such as hourly or even yearly basis. I find this to be a handy feature as I may not always realize that my headphone volume has crept up throughout the week.

There are a lot of options to test environmental sound levels or track sound exposures, and these are just a couple that I found to be helpful and easy to use. Before your next noisy outing, take steps to protect your hearing so you can enjoy these events for years to come!