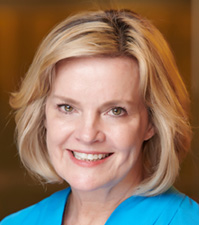 Kate Carr joined the Hearing Industries Association (HIA) as President in May 2018. Kate brings extensive expertise in non-profit management, government, cause marketing and advocacy to HIA. An experienced leader, Kate has devoted her career to organizations that change outcomes in health care and improve the lives of children and families. She has served as an Assistant to the President in the Clinton White House, as President and CEO of the Elizabeth Glaser Pediatric AIDS Foundation, Managing Director of Malaria No More and President and CEO of Safe Kids Worldwide.

Kate started her career in politics in her home state of Pennsylvania. She moved to Washington, DC to work at the Democratic National Committee and the Democratic Senatorial Campaign Committee where she developed and directed diversified fundraising campaigns. In 1995 she joined the Clinton White House serving as Special Assistant to the President, Office of Public Liaison, responsible for maintaining relationships with CEOs, the Washington representative community, trade associations, small business owners and leaders.

After politics, Kate moved into the not-for-profit sector where she has continued her career for more than 20 years. Under her leadership, organizations have expanded health care programs in the United States and around the world, developed comprehensive marketing and brand awareness campaigns, and significantly expanded advocacy efforts at the global, federal and state levels.

Kate has also worked in executive roles at the nonprofit organizations, Malaria No More, Accelerate Brain Cancer Cure (ABC2), and the Welfare to Work Partnership.

Kate holds a BBA in Economics and Management from Temple University.

Since 1989, (HIA) has compiled comprehensive data on hearing health and hearing aids in the U.S. With more than 35 million Americans affected by some type of hearing loss, HIA provides unique insight into the consumer journey.
Read More