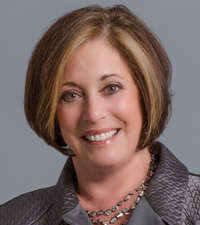 Carole M. Rogin is HIA’s Strategic Advisor, having served the organization for over three decades as its chief staff executive. In that capacity, she guided the industry’s trade association through the transitions from monaural to binaural amplification, from behind-the-ear to in-the-ear (and back again) devices, from analog to digital technology, from a small domestic industry to a global technology industry. She conducted the inaugural consumer market research efforts that ultimately became the organization’s MarkeTrak study and built bridges for the manufacturing companies with the medical and dispensing communities that serve people with hearing loss. Carole holds both a bachelor’s and master’s degree in Speech-Language-Pathology from the University of Virginia and the George Washington University. Prior to serving HIA, she practiced in the Arlington County, VA school system, had a private practice and served on the staff of the American Speech-Language-Hearing Association.

Since 1989, (HIA) has compiled comprehensive data on hearing health and hearing aids in the U.S. With more than 35 million Americans affected by some type of hearing loss, HIA provides unique insight into the consumer journey.
Read More